A friend from the Omaha Maker Group gave me an interesting chip a while back. Apparently it is some kind of optically sensitive chip, it has a clear case. 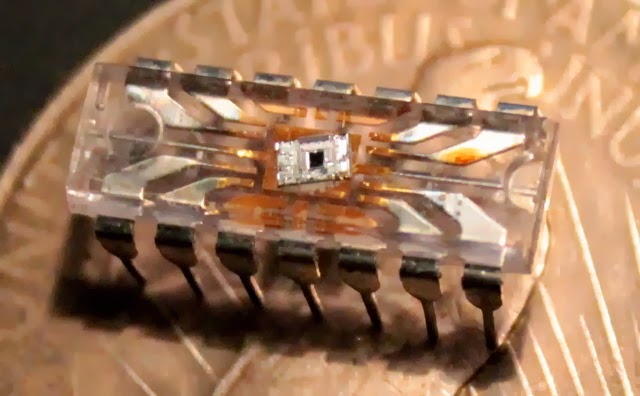 I thought it would be interesting to take some macro photos of it and see if I could capture some of the details of the die. I started out with just some simple shots with the kit lens and extension tubes. 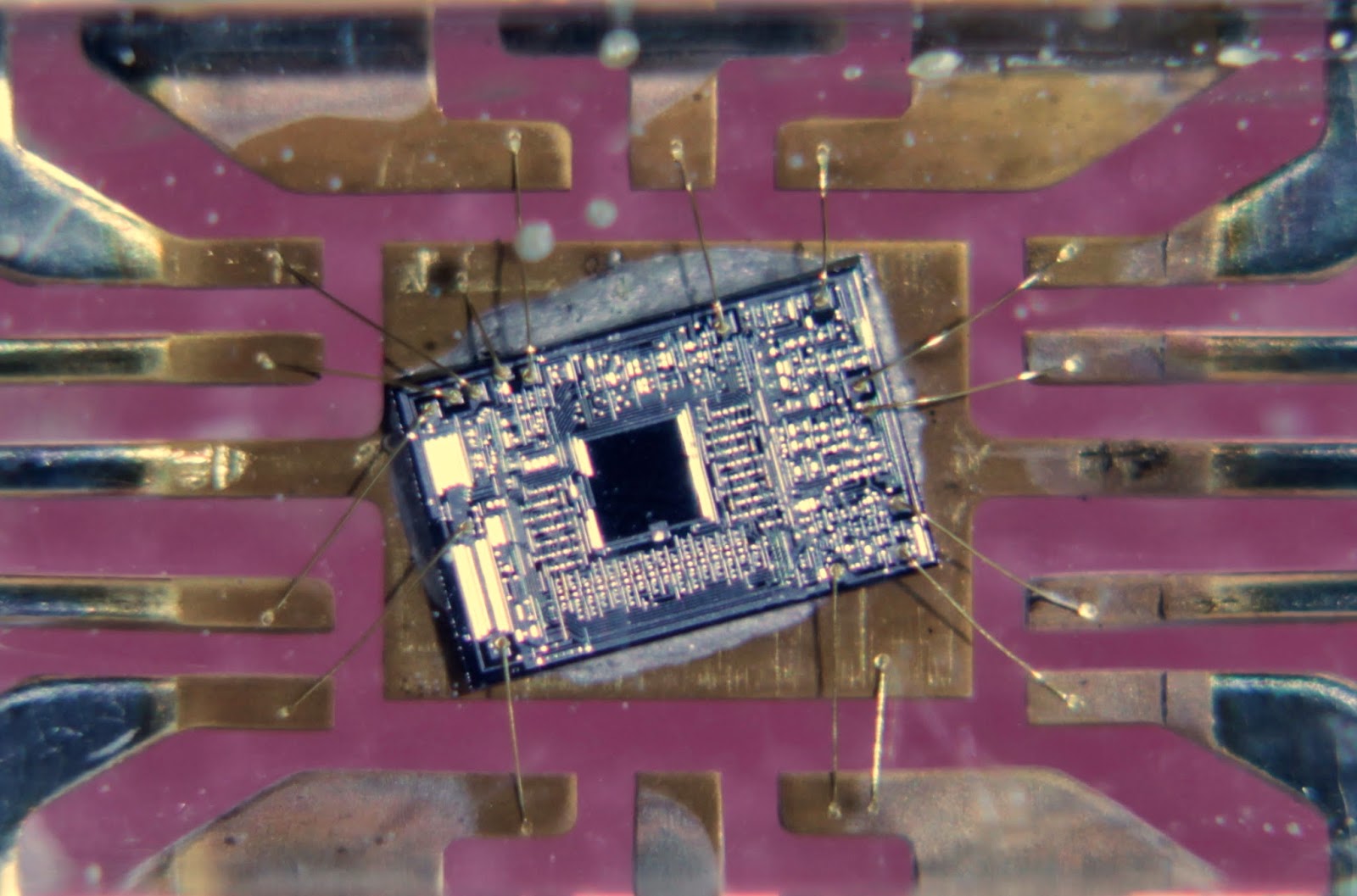 Easy enough to see, but lighting was difficult with the chip as close to the lens as it was. You can see the wires and a little detail of the chip, and the lighting in this one gives a nice shadow on the wires.
I then switched to my long telephoto lens, extension tubes. This let me move the chip back from the lens a few inches, which made getting light in much easier. It didn’t produce an image that was any more magnified though. 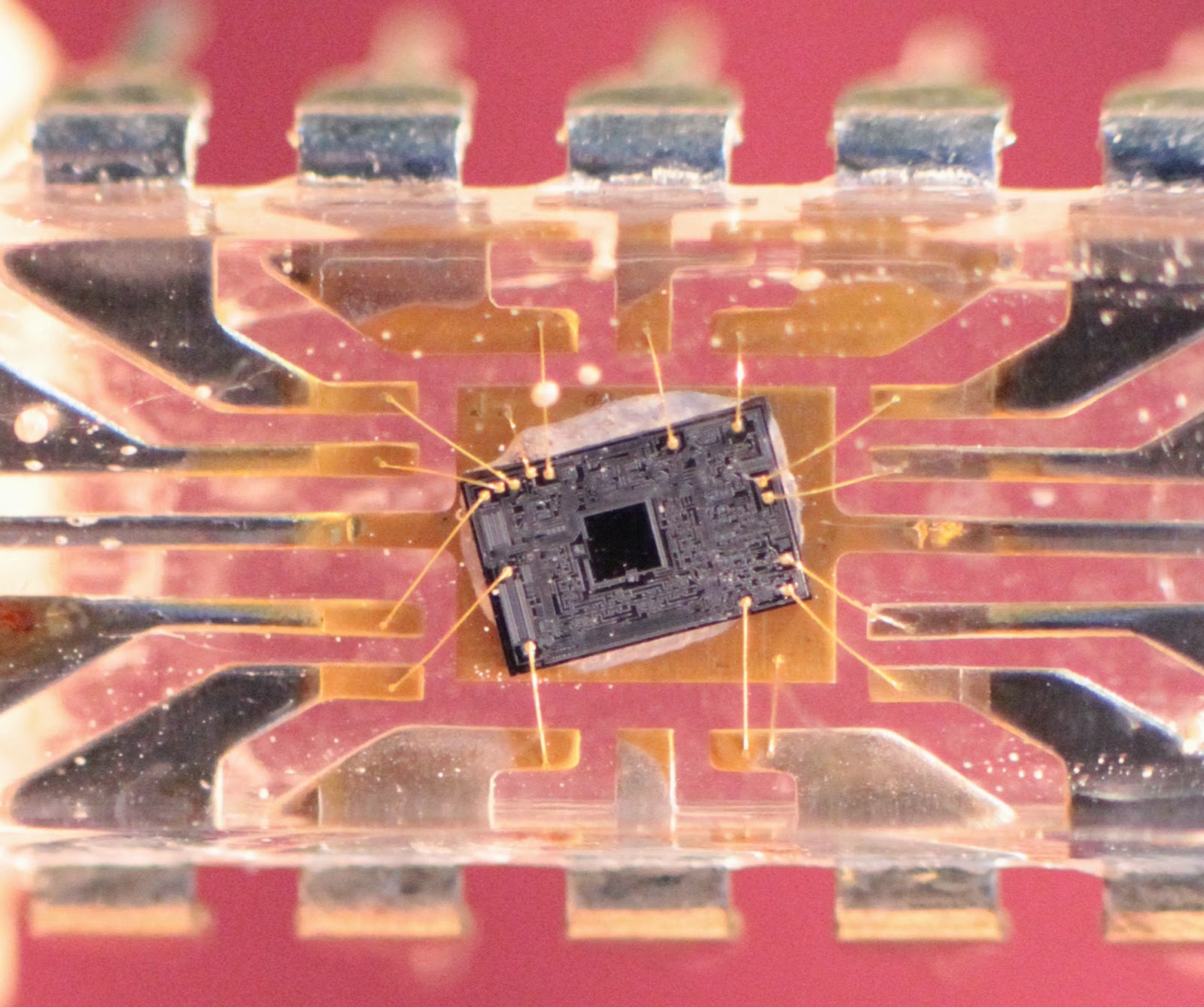 The chip is about 2.5mm on the short dimension.
From here I added a 10X macro expander lens and also a 10 triplet hand-lens to see if I could get any closer. This was difficult because it’s a separate lens and can’t easily be mounted on-axis with the camera lens. With a little fiddling around it came out ok. I can see a lot of details, though it’s starting to get fuzzy around the outside, only the middle is relatively free of aberration. 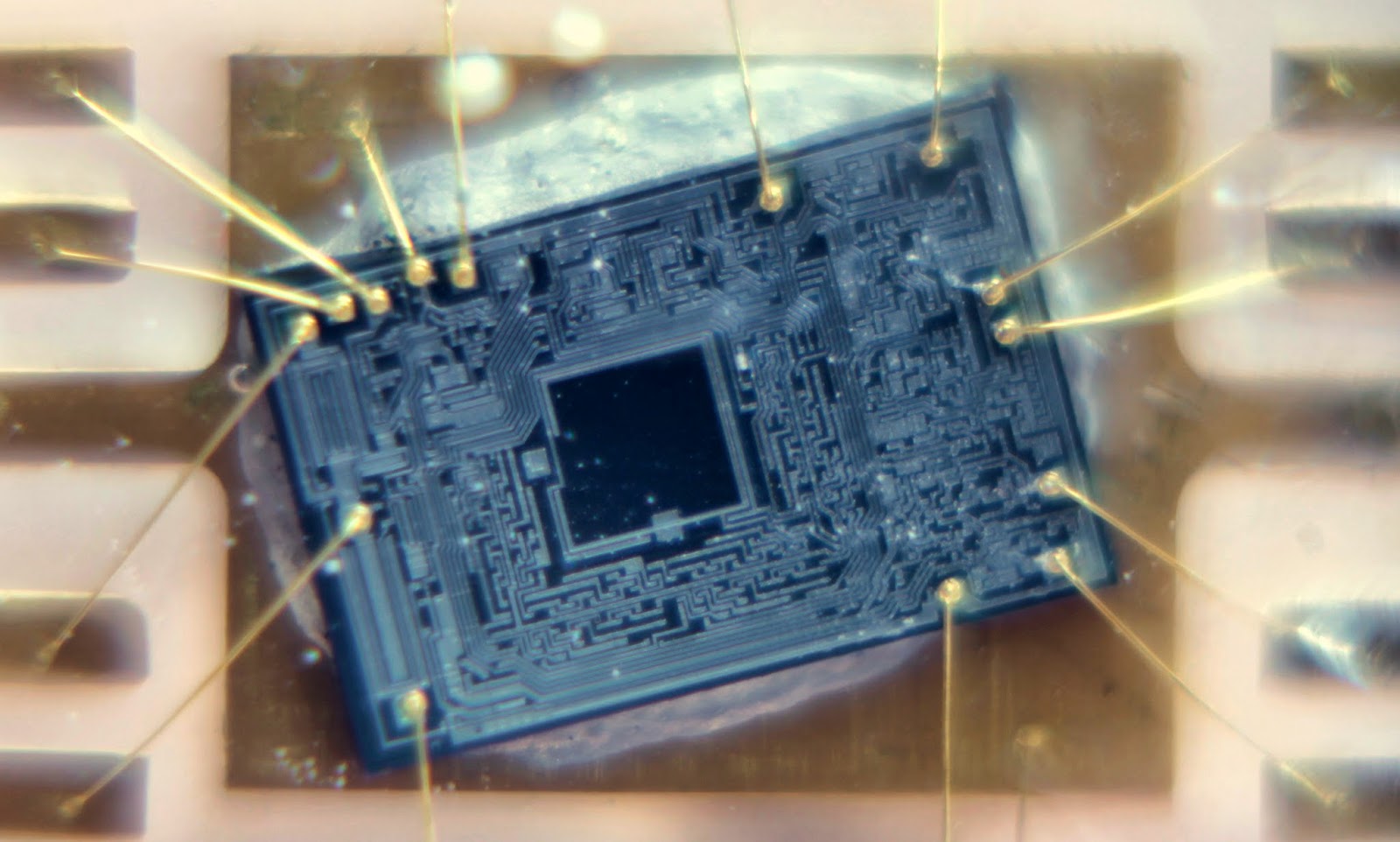 Here’s a crop from that image. 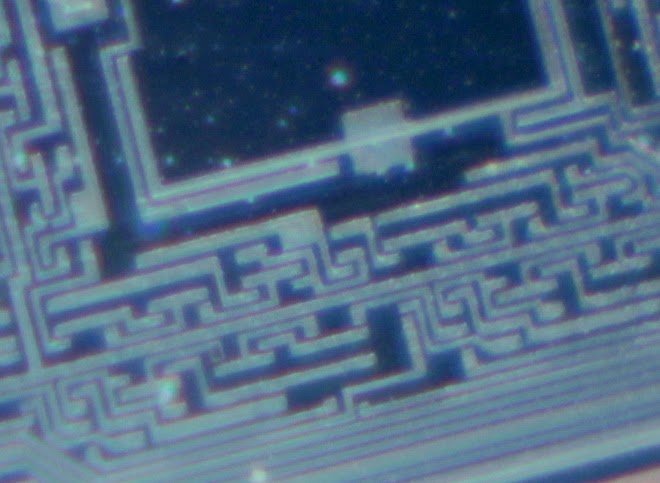 In the original photo the 2.5mm chip is a bit over 1100 pixels across, giving about 2170 nanometers per pixel. The narrowest traces are about 4 pixels wide, about 0.0003 inches. I’m not sure what the aperture was set to, but this is probably not bad performance for a first attempt. I’ll have to do some reading and set up my equipment a little more carefully and see if I can sharpen this up a little more.
Edit: with a little more fiddling I got it down to 580 nanometers per pixel. Pretty sure I can take it farther, but I need to set up something to handle adjusting the sample position for fine focus. It’s pretty fiddly. Also need to get some bright light onto it so I can see it in the live view. My dim desk lamp doesn’t really cast enough light for this. 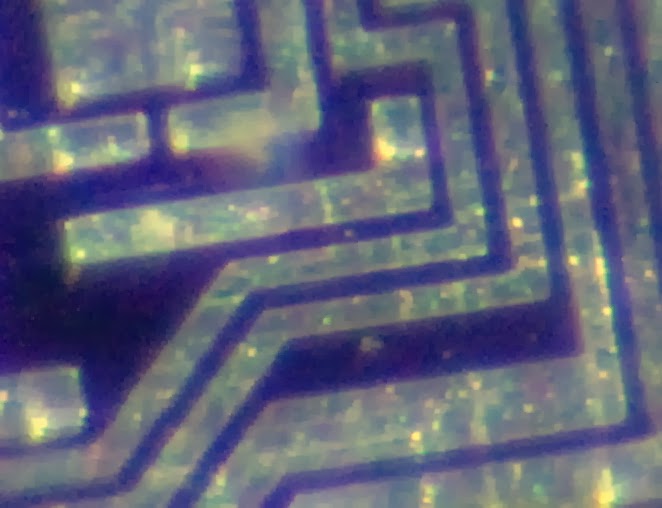