The code I’ve been using to run the temperature controller for the crystal chamber so far has been pretty bare, just the core PID loop. I don’t have it tuned yet, but it’s generally functional, so it’s time to start getting it in shape to be an appliance.

A while back I picked up some old IBM modems that were being retired from the modem pool at work. I was hoping maybe I could convince one to speak Bell 202, but that didn’t pan out. Anyway, they have nice boxes and the front panel has a set of buttons and an HD44780 LCD controller, so I held on to it: 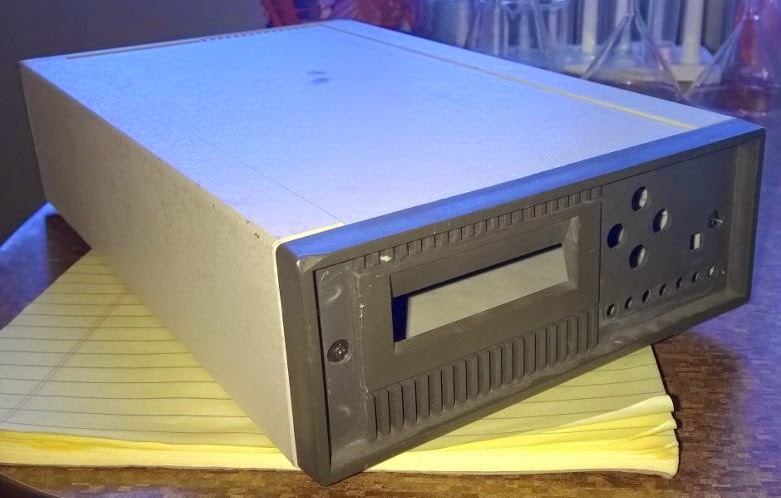 The box has a nice power cord and switch built in, so I will be able to just stuff everything inside and put a connector on the back for the heater and temp sensor wires. Then I can use different chambers depending on what size I need. I could also run set it up to run multiple chambers, it only takes a couple more pins to run additional chambers, so I suppose I could set up to run about three. Maybe for version 2.
I wired it up for the LiquidCrystal library, plugged it in and away it went. The controller is only good for 8 characters, so I’ve got it set up to cycle the display through each setting one at a time. Right now, that’s the setpoint temp, the current temp, and the number of seconds left in the ramp.
I also noticed that at some heater PWM frequencies the power supply squeals, so I added start and end cycle beepers. When I switch power supplies I’ll probably need to add an actual beeper, but this was kinda fun in the meantime. 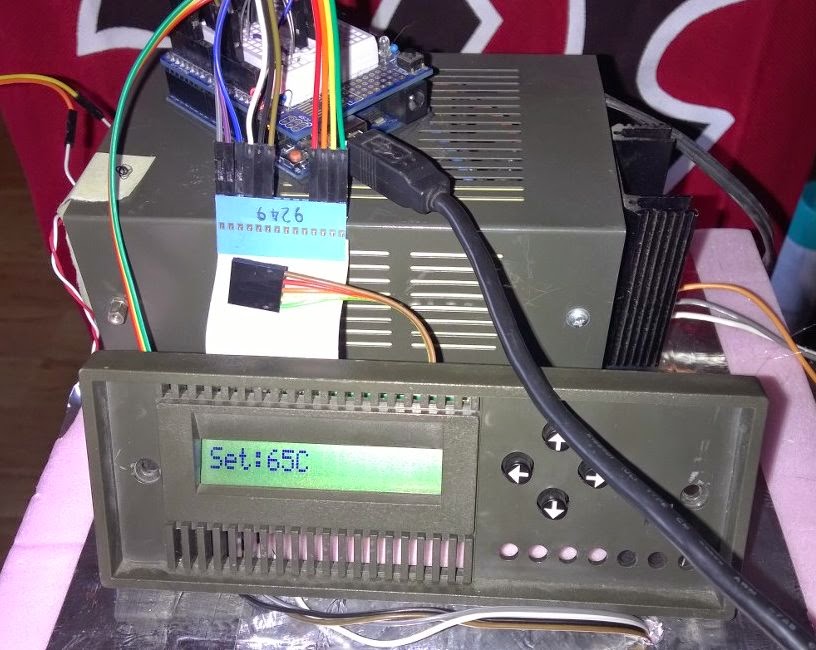 I also mounted the heater and temp sensor for real: 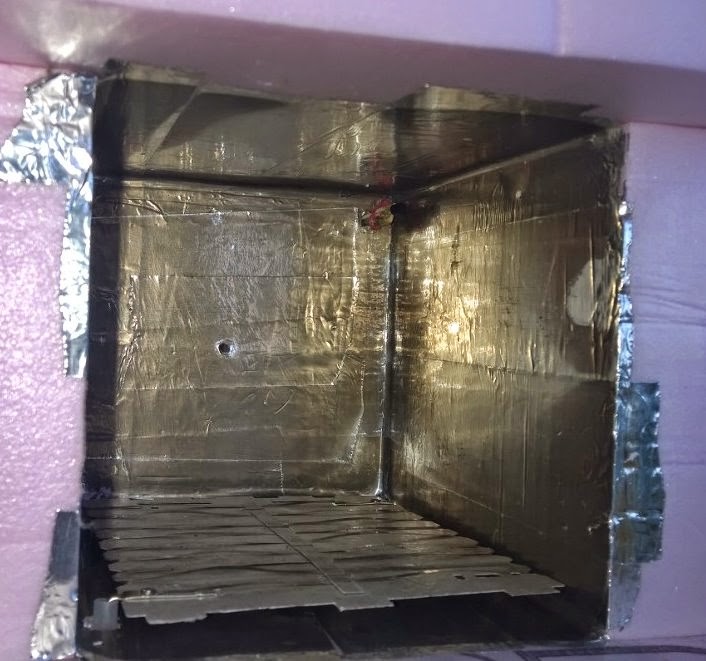 It’s there at the bottom of the image. I used poly tube standoffs to keep the leads from contacting the aluminum tape and to provide a relatively stable mounting to the foam. The temp sensor is in the upper right-hand corner. Previously it was just laying on the floor of the chamber. Keeping it up in the warm air rising off the heater helps the response time, but also makes it clear that there’s some pretty strong stratification going on in there. I’m pretty sure I’ll need to add a tiny fan to keep the air mixed. I didn’t want to do that because of the possibility for vibration to affect the crystals, but if it does end up being necessary I can probably isolation mount it somehow. Or maybe I should use an ionic wind type fan. Every project needs some nice high voltages, right?

The next step will be to scare up a new power supply that’ll fit into the old modem box and come up with a connector for attaching the chamber.