With some help from Brandon and Ben I got the mechanics for the pan tilt camera rig going. The servos attach to an Arduino which is connected to a computer running a Windows web service that provides access to the camera.

I had an issue with the movement speed initially, and had to update the Arduino code with some position speed ramping. That went well and it is moving more smoothly. It flops around a bit, but I think that is mostly the slop in the mechanism.

The web service supports tagging of positions so that interesting views can be labeled. Once labeled a single button press takes the camera back to the associated position.

I will post some video of it in action soon. 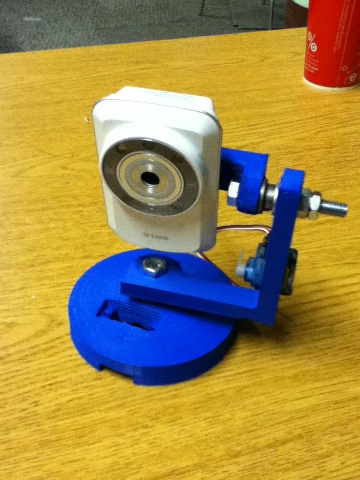