Spent the day putting together a bench for the Omaha Maker Group Spectralight milling machine. I took way too long tearing apart a pallet some of the guys pulled out of a dumpster and reassembling it as a table. Then we mounted the mill and started troubleshooting the crappy stepping.

We had the mill connected up to grbl and that worked pretty well, but when we connected it to the PC via the hacked up parallel to Spectralight cable, it gave really jerky movement. After an hour of poking around we figured out that the PC parallel port just doesn’t have enough drive for the controller. That’s a pretty common problem with on-board parallel ports, but I was hoping it would be able to drive the optoisolators in the Spectralight controller. 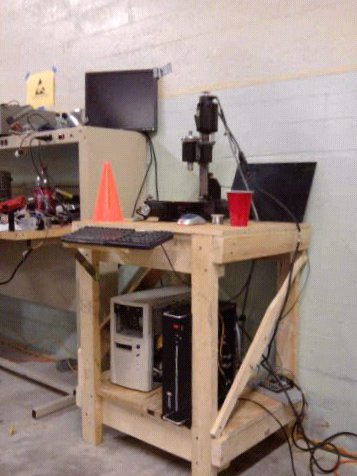